I had my first experience of being published in the Guardian last week, with a piece I wrote about the centrality of content to the future of SEO.

The very same week, I gave a talk at a conference about content marketing and exporting.

The two experiences illustrated to me just how our notion of “content” and the role of the content provider has changed in a few short years. 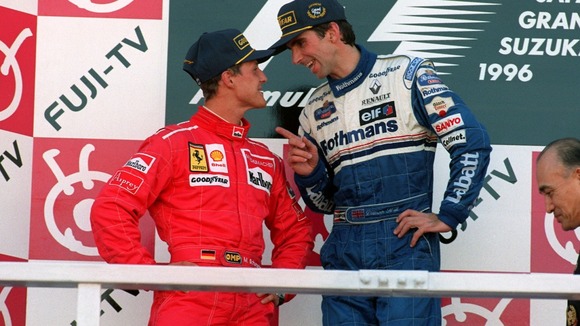 Once upon a time, article contributors and conference speakers were paid for their trouble. Today, your payoff is the opportunity for publicity that the platform allows you.

That phenomenon has its precise analogue in the SEO world in paid-for guest blogging – which was officially condemned to death by Matt Cutts back in January. The theory was that the value of a link from a “trustworthy” domain (and traffic I suppose, but that was hardly the point) outweighed the cost of producing the content and the fee paid to the blog owner.

What we’re seeing at the moment reminds me of Formula One in the mid-1990s. No matter how much better a driver Michael Schumacher was than Damon Hill, the overwhelming technical superiority of the Williams car left everyone else gasping in its wake.

If I’m going to keep this metaphor going, I’d have to say that makes Google theFIA – because it decides what is within the rules and what is cheating, based on its own priorities.

And within those parameters and those of the resources each racing team starts the season with, SERPs is a completely fair contest…

That is to say, it’s not fair at all – should the irony above have been lost on you. As I said in my aforementioned article, in a moment of poetic whimsy:

“Google is the sea that search marketers must swim in and its whims are as heartless and inexorable as the tides.”

As an aside, I found it highly amusing that most of the on-site responses my blog attracted (since removed) turned out to be comment spam, linking through to dodgy SEO agencies. It’s like some people don’t read blogs at all before they post their replies!

Anyway, the point I was trying to make was “if you can’t beat ‘em – join ‘em”. Stop thinking about Google and think about the audience; the message, not the medium.

Of course, it would be ridiculous to ignore SEO. In my view, modern SEO should be a steady background hum of technical best practice rather than some secret supercharger hidden under the bonnet.

That’s what I think Google is trying to achieve and it’s an admirable goal, even if it goes about it in a high-handed and often ham-fisted way.